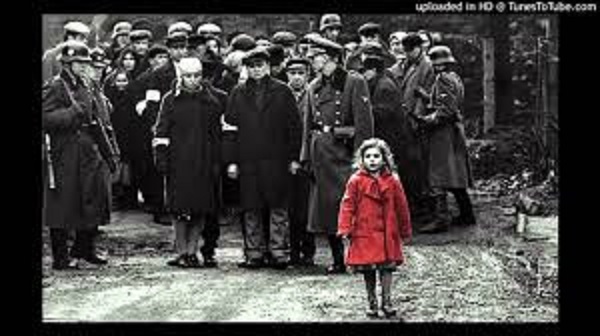 We’ve talked about how to use Dramatic Metaphors.  Let’s take a look at a few examples.

One of the most iconic image/metaphors the lightsaber in “Star Wars.”  It represents the embodiment of power and skill, the ability to do battle and defend oneself.  To be able to use a lightsaber demonstrates reliance on one’s ability to handle a situation with one’s own capabilities and overcome obstacles while being resourceful. In essence, it signifies the end of childhood and the beginning of adulthood.

When Luke first encounters the lightsaber, he can’t wait to get his hands on it.  When Luke first gets his hands on one, the look on his face tells us that this is the awakening of his inner soul – the beginning of the realization of his dreams and goals.

At first, the lightsaber is more than Luke can handle.  He doesn’t know how to use it.  It requires training and practice.  The lightsaber becomes the metaphor for the challenges that we all face in life.  Through Luke’s frustration, we understand the effort that Luke is putting forth to overcome his challenges and we experience with him the frustration of feeling like we are failing.

Once Luke masters the lightsaber, he has the skill to use it; but he is still afraid to embrace his talents and have faith in himself.  Now the lightsaber represents the fear that Luke feels inside.

Only after Obi-Wan is killed is Luke able to overcome his internal fear and utilize the full capability of the lightsaber.  At this point, the lightsaber represents the culmination of Luke’s journey and his emotional landscape.  Not only does the lightsaber represent that Luke is in control of his fate and trusting of his abilities, it is a reminder of the affection and guidance that Obi-Wan bestowed on him.  The lightsaber comes to represent not just internal strength and fortitude by the importance of paternal love.

Another example legendary example is the little girl in the red dress in “Schindler’s List.”  One of only a few color images used in the movie, her red coat catches our eye and draws us to her in a scene that involves hundreds of people.  Juxtaposed against Oscar Schindler on his white horse watching from atop a hill, we accept that she is being seen by Schindler – even though this wouldn’t really be possible.

For Schindler – and the audience — she transforms the faceless masses into one human being.  She becomes the symbol for all victims of  the Nazi Regime and the reason that Schindler decides to help the Jews trying to flee.

Later, when Schindler’s conviction waivers, he is reminded of his choice when the decomposing bodies are shipped to be burned and Schindler catches a glimpse of her now ragged red coat.

An interesting note about this image; it is based upon a true story, told at the trial of Adolf Eichmann, one of the most feared and hated Nazi leaders of World War II.

Butch Cassidy and the Sundance Kid

A subtler, smaller examples is the posse in “Butch Cassidy and the Sundance Kid.”  Halfway through the movie, robbing banks gets harder for the charming duo when a posse comes after them.  Unlike in the past, Butch and Sundance can’t run from this posse.  It forces them to flee to Bolivia where they are still chased by the posse until they are finally trapped and killed.

Throughout the middle of the movie, Butch and Sundance ask each other “Who are those guys?”  In an article written by William Goldman, he explained that the posse was “The Future.”  Butch and Sundance were romantics who lived in a world that was being crushed by technology – better safes, Pinkertons, rail line and telegraphs.  As much as Butch and Sundance wanted to ignore the changes in the world, reality was closing in on them.  No matter how hard they ran, reality – the future – closed in on them.

Metaphors can be subjective.

Most people – me included – never would have described the posse in “Butch Cassidy” as the future.  But William Goldman knew what he wanted.  As a result, the audience understood the emotion message behind the idea – this was something our heroes could not escape.