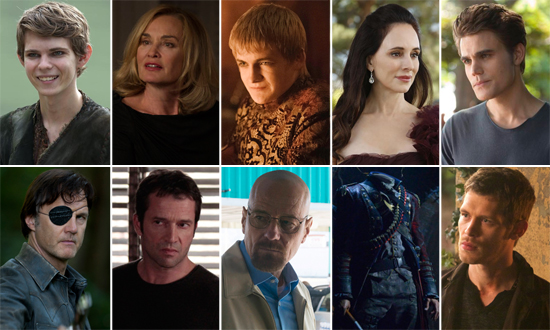 The reason we write scripts is to see them made into movies.  The reason movies get made is because an actor or actress wants to be in your movie.  So how do we breathe  “life” into our characters to make them appealing to both actors and non-actors alike?

Give your character signature traits

As we discussed in the previous post, it’s important that your main characters have unique and specific emotional attitudes that are easily grasped.  Once you have that defined, you want to give your main and supporting characters specific and unique behaviors that define them.

Try to find a unique way for your character to express an idea that the character believes.  Give him or her a catch phrase.   Find an action – something small and specific – that your character can do when s/he is sad, happy, stressed or distracted.   Give them a unique and distinct way of dressing.

Once you have these traits defined, don’t be shy.  Repeat them throughout your script.  Remind the audience that this is who your character is and this is how s/he behaved.  But remember not to overdo it.  These actions and behaviors must feel organic.  If they feel contrived, they are not working.

If you really want to make use of these significant traits, try to find a way to use these behaviors in unexpected way toward the end of your script that benefits the character.

Often these traits will be seen as “tells,” character quirks or deficiencies.   If your character can embrace his or her weirdness and turn that to his or her advantage, it makes us like the character that much more for overcoming his or her shortcomings.

Get into your character’s head

Appeal to an Actor’s Desire to Shine

Try to find moments when your main character can be alone.  How does s/he behave when s/he thinks no one is watching?  How are they different?

As a reader, we are drawn to characters who are heroic.  Heroics can be large, sweeping gestures; or they can be small, difficult choices that we would agonize over should we have to make them – like moral dilemmas, ethical conflicts, personal sacrifices and unfamiliar environments.  Create “heroic moments” for your characters face situations in which they must make hard choices.

Actors use their bodies and their words.  Along with visually cinematic moments, if you can give your actors great dialogue, they’ll love you forever.  Start with a great first line (remember, first impressions!), then keep the good lines coming for the 10-2o pages.  If you can come up with smart, clever and witty lines filled with subtext and emotion through all of Act One, you’ll be offering an actor a role that will allow him or her play a wide range of emotions.

When actors can see the multi-dimensional life in your characters, readers will be able to do so as well.  When your readers identify and empathize with your characters, they root for those characters.  They engage their imaginations in your story, and they experience it themselves as if it were real.