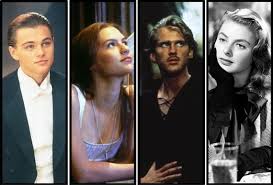 You’ve thought about your characters.  You’ve defined them.  You’ve written biographies and histories.  They’re 3-dimensional, living beings in your head.  All that’s left to do is introduce them to your reader by making them jump off the page.  How do we do that…?

Just like real life, when we meet someone in a movie we instantly form a first impression.  As the writer, you get to choose what that impression will be.

Everyone in life has a predominant attitude that defines who they are. The same applies to characters in a script. What is their general point of view towards the world?  What is their first response to most things?  What is their initial attitude?

These traits inform your audience. They tell your reader how to see your main character.  To ensure that your character comes across the way you want, define what your character’s main impulse tends toward.  Are they generally happy?  Or they depressed?  Are they judgmental?  Open-minded?  Cheap?  Bitter?  Kind?

Whatever you come up with for your character, write it down and remember it.  Put it on a card or piece of paper and keep it on your desk:

When you’re trying to define your character’s main quality, think about where you want him or her to end up at the end of the story.  In order for your character’s journey to be significant, his or her attitudes at the beginning of his or her arc should be as far away from where they end up as possible.

Before you introduce your main character in your script, know what you want to say about him or her .  Separate from the script, write a precise and specific sentence that describes and defines your character.  Analyze the sentence for what information is and isn’t essential.  Have you made it as clear and concise and charming as possible?  Have you pared it down to only the most essential qualities?

Once you have, craft the description so that your reader sees and experience your character in action as s/he first enters the movie.  Remember, everyone always has an agenda — something they want — even if they’re not aware of it.  When you introduce your character, they should be in middle of trying to achieve something.

Writers often fall into the trap of using character description to tell the reader information they want the audience to know.  This is a mistake.

If an actor portraying a character cannot act out on-screen the information you are describing, it’s exposition that shouldn’t be there.  Save that information to be revealed later by the character’s actions.

Let your characters demonstrate to the reader who they are.  If you describe a character a certain way, that character must prove your point through action.  If you say your character is smart, they had better do some really intelligent things.  If you say they are funny, they had better make us laugh.  No matter how much you tell a reader who or what a character is, if the character’s actions don’t bear out that truth, the reader won’t believe it.  The reader will form his or her own opinions based on what they see in the character’s actions and emotions.

In every great character there is a unique and specific paradox.

A believable and effective character will have one main paradox that makes that character intriguing and mysterious.  When trying to define that paradox it’s easiest to think of it in juxtaposition to opposing traits.  Define it as a “but” phrase that contrasts the two conflicting impulses.  If possible, go beyond obvious and find a paradox that surprises the reader by going against what is expected

Once you’ve found the right paradox, before you start writing, experiment with where and how the paradox is revealed.  Try revealing your character’s paradox at different points in your outline.

When done right, this paradox will surprise your audience, inform them about a different side of your character and make the audience feel more connected and empathetic towards him or her.  For that to happen, your reader must already have enough information about a character to think that they know who that person is.

If you revel the paradox too early, there won’t be enough context to make is a surprise.  If you reveal it too late, it will seem like a plot device.  The trick — through trial and error — is to find the placement that’s most effective for what you want the reader to think about your character at that specific moment in the character’s journey.